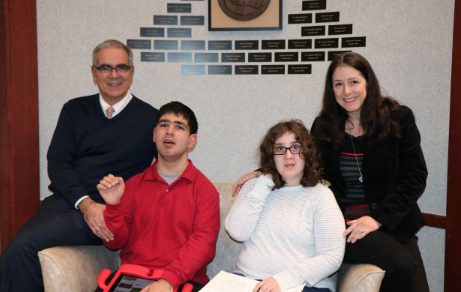 SOLON, Ohio — Solon voters have an opportunity to approve a zoning classification that would be unique to Northeast Ohio — and possibly beyond Ohio — in the March 17 primary election.

Issue 19 would create a new zoning district in the city, a multi-family residential and special needs classification called R-3-C. It would be implemented for properties at the southwest corner of Aurora Road and Portz Parkway, the site of the proposed Solon Community Living project.

Solon also has Issue 18 on the March 17 ballot. This measure would amend the zoning code to standardize permitted restaurant-type uses among each of the city’s major commercial zoning districts.

In Orange, Issue 30 is a 0.95-mill renewal levy for the purpose of operating and maintaining Orange Community and Recreation programming and facilities.

Solon Mayor Ed Kraus and Rob Frankland, the city’s planning director, both said they are not aware of any other municipalities in the country that have the type of special needs zoning Solon would have if Issue 19 passes.

The R-3-C district is intended to promote development designed to meet the specific needs of people who have disabilities. An affirmative vote both citywide and in the affected Ward 6 is needed for passage.

“It’s something that I would hope other communities would take a look at,” Kraus said. “You have to respond to the housing needs of your community.”

According to the Cuyahoga County Board of Developmental Disabilities, more than 500 Solon residents have special needs.

That population includes the two adult children of Ara and Leslie Bagdasarian, co-founders of Solon Community Living, a 501(c)(3) nonprofit that seeks to create a safe and community-accessible neighborhood for those who have disabilities.

Their daughter, Julie, 28, and son, Alex, 26, both have Fragile X syndrome, a genetic condition that causes a range of developmental issues, including learning disabilities and cognitive impairment.

“We came up with the idea for this specific project about five years ago,” Ara Bagdasarian said. “But it goes back to the early 2000s, when we said we need to figure out what is the future for our son and daughter going to be when we’re not here.

“We looked at the options that were out there, and we knew that we needed to create something different.”

Leslie Bagdasarian said she and Ara had looked at traditional group homes, apartment buildings that house some residents with special needs, and even an institution in Chicago with a campus for people who have disabilities, but none of those options seemed like the right fit for their children.

“Knowing our kids like we do, we thought this type of neighborhood (where the proposed Solon Community Living site is located) would be the most advantageous for them,” she said.

“Our goal is to create a safe, sustainable neighborhood for those who have special needs, especially when we’re not here to take care of our children.”

The R-3-C zoning is proposed to be implemented on 8.84 acres of city-owned land at Aurora Road and Portz Parkway. Frankland said the development would likely cover about four acres.

“This is vacant land, which we believe was purchased by the city for the possibility of putting in a fire station,” Leslie Bagdasarian said. “But they decided to keep the fire station in the center of town, so they have this land, which has been vacant for over 15 years.”

Kraus confirmed that the city purchased the land many years ago with the idea of possibly building its Fire Station 2 there, but the station was built instead at Bainbridge and SOM Center roads.

“It fulfills a need in the community,” Kraus said of the special needs zoning. “We have adults who have disabilities, and like everyone else, they need good, accessible, supportive housing and living arrangements.

“Their parents are getting older and will not be here forever, and it’s incumbent upon all of us to make sure their needs are met. And this is not the 1950s. This is the 21st century, and these people have every right to live in nice housing, with 24-hour care.”

The Bagdasarians noted that the proposed site is well located, in that it’s close to the Solon Community Center, the public library, Community Park and the Giant Eagle Market District.

“We had this wonderful opportunity for these accessible sites nearby all these amenities,” he said.

Leslie Bagdasarian said one reason she and Ara moved to Solon in 1997 was the city’s strong special education programs.

The Solon Community Center is home to the Blue Ribbon Adapted Recreational Program, serving more than 300 individuals who have disabilities.

Leslie Bagdasarian is president of the Fragile X Alliance of Ohio support group, which she and Ara co-founded in 1997. Ara Bagdasarian served 12 years on the Cuyahoga County Board of Developmental Disabilities. He stepped down from the board due to term limits at the end of last year.

Would fill ‘gap in zoning’

The land where Solon Community Living would be built is currently zoned for single-family homes.

“In order to get multiple buildings on the property, it would have to go to multi-family (zoning),” Leslie Bagdasarian said. “So (the city) took zoning that already existed for senior multi-family housing and tweaked the language a little bit, gearing it toward special needs or disabilities.”

The R-3-C zoning classification would be a natural extension of the city’s zoning code, Ara Bagdasarian said. He noted that the city has R-3-B zoning, for senior citizens age 55 and older, and R-3-A zoning, for those 50 and older. Both are multi-family districts.

“But there’s no zoning that permits those under 50 who have disabilities to have any kind of special place to live,” he said. “There’s a gap in the zoning, and (the city) drafted it very much to meet what we’re talking about here.”

City Council approved legislation Dec. 2 to place the two zoning issues — the special needs zoning and the restaurant zoning — on the March 17 ballot. Council’s support of both issues was unanimous.

“(City Law Director) Tom Lobe laid out for us what would have to happen to make it on the March ballot at a meeting in July,” Ara Bagdasarian said. “The support we had from the mayor and the law director to get where we are was very helpful.”

Frankland, who drafted the zoning ordinances that council and the city’s Planning Commission approved, said only people with ADA disabilities and associated specialist caregivers would be permitted to live within an R-3-C development.

A preliminary site plan for the project shows 10 to 12 two-bedroom units of about 1,000 square feet each. There would be five buildings on the site, with a one-car garage for each unit.

“There will be trained staff on the property 24-7, as well as caregivers for the individual residents,” Leslie Bagdasarian said.

Solon Community Living would partner with Welcome House, an agency that has served people who have disabilities for nearly 50 years, for property management and service coordination.

The Bagdasarians have led a grassroots ballot campaign to publicize the issue to residents.

“We’re trying to reach people in the way they get their news,” Leslie Bagdasarian said. “One piece of it was social media.

“We’ve also been speaking to local groups, seniors and clubs, because a lot of people don’t read the newspaper. We created campaign literature, which we’ve been mailing, we had lawn signs made, and just word of mouth — neighbors have been very supportive.”

Estimated cost of the project is $3 million. Solon Community Living has secured about $700,000 in start-up donations, Ara Bagdasarian said.

The Bagdasarians said they’re optimistic about Issue 19’s chances based on the positive feedback they’ve received.

“The stakes are too high to be cocky or confident, but we feel good about the support, and we’re working hard to make sure that it happens,” Ara Bagdasarian said. “If this is successful, it could pave the way for many more families to have other options for those who have disabilities.”