It was four years ago that Solon residents Ara and Leslie Bagdasarian identified a vision that involved the creation of a sustainable, safe housing community for their two adult special needs children.

On the primary ballot March 17 is special needs zoning – one major step toward bringing that vision to life.

Before city voters is Issue 19, a proposed amendment to the zoning code that would enact a new zoning classification, R-3-C MultiFamily Residential-Special Needs to about 4 acres at the southwest corner of Aurora Road and Portz Parkway. The matter must receive an affirmative vote in the affected Ward 6 and citywide for passage.

“It’s inspiring that we are able to get this far,” Mr. Bagdasarian said. “We know there is a lot more work to do. “It’s a long journey but the critical first foundation to making it happen (is the zoning),” he said.

The first of its kind in the city, the special needs zoning received unanimous support from City Council and the administration.

“We are encouraged by the support,” Mr. Bagdasarian said.

He and his wife have begun a grassroots effort promoting the ballot issue and educating the community.

They are making presentations to various city groups and organizations, and have created a mailing campaign.

Mr. Bagdasarian said it is important to note and to relay to the community that this is not something “institutional” in terms of the housing, but instead a neighborhood of quality townhomes.

Solon Community Living, a $3 million project, is proposed to include 10-12 high quality, two-bedroom units with a minimum of one trained staff onsite 24 hours a day seven days a week. The project will be in the area of the Solon Community Center, the Solon Library and Community Park, among other amenities, allowing the residents easy access to them.

Currently, there is no zoning for place for young adults with disabilities under 50 to live. 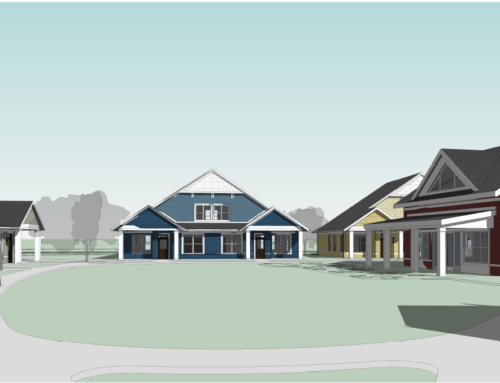 December 12th, 2019
Solon Park representative asks to be kept in the loop about housing