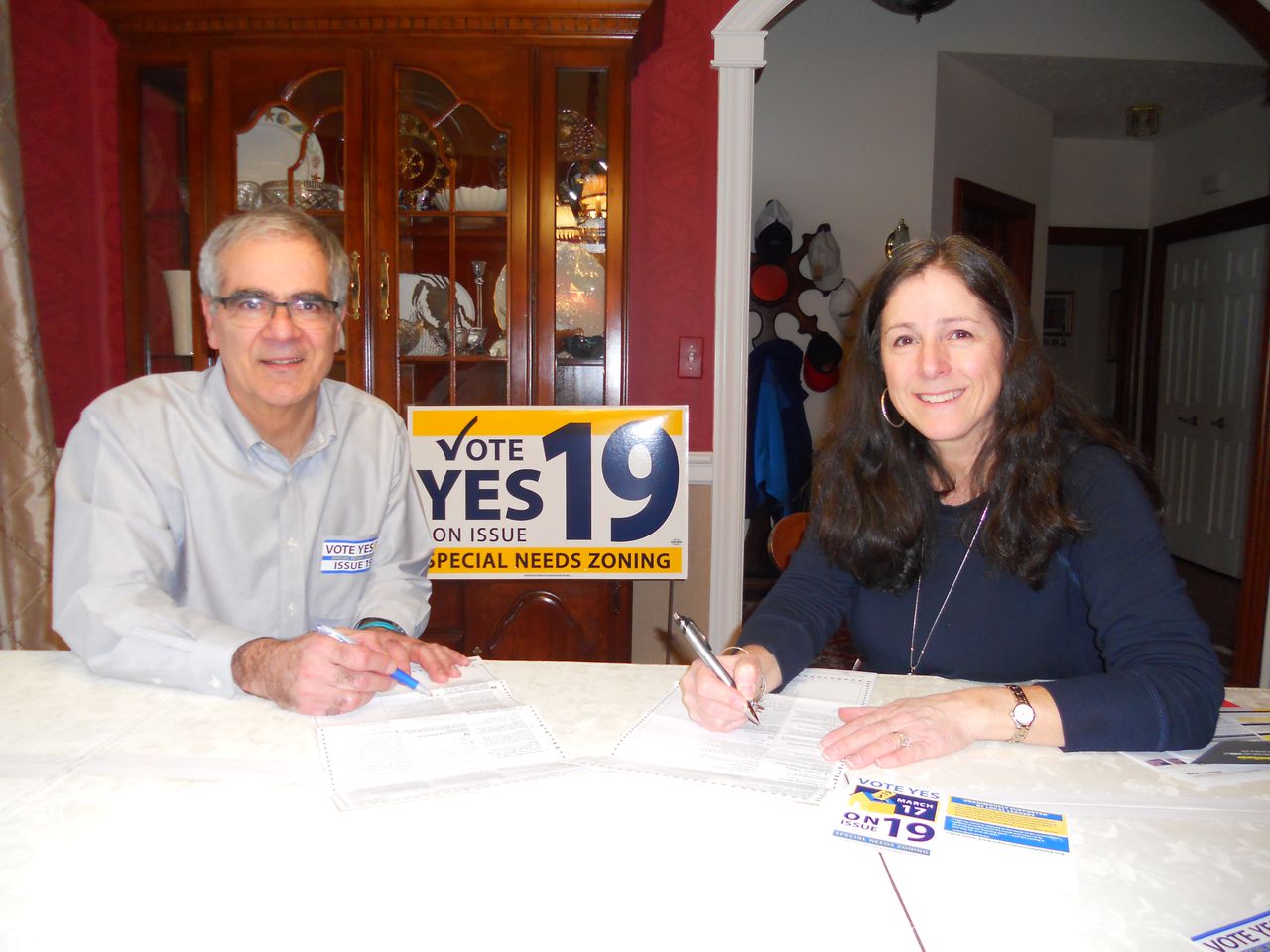 SOLON, Ohio — Ara Bagdasarian, co-founder of Solon Community Living with his wife, Leslie, believes the passage of Issue 19 will create a unique opportunity for city residents who have disabilities.

“It could potentially be groundbreaking zoning,” Bagdasarian said. “We’re so pleased with the outcome and grateful for Solon to give us the opportunity to move ahead.”

Issues 18 and 19 both passed decisively in the vote-by-mail primary election Tuesday (April 28), held after the March 17 election was postponed due to the coronavirus outbreak.

Issue 19 creates a new zoning district in the city, a multifamily residential and special-needs classification called R-3-C. It will be implemented for properties at the southwest corner of Aurora Road and Portz Parkway, the site of the proposed Solon Community Living project.

According to final, unofficial results from the Cuyahoga County Board of Elections, Issue 19 passed with 4,010 (82.6 percent) voting for it and 844 (17.4 percent) against it.

Affirmative votes both citywide and in the affected Ward 6 were needed for passage of Issue 19, and the rate of passage in the ward was identical, with 576 (82.6 percent) in favor and 121 (17.4 percent) opposed.

Issue 18 amends the city’s zoning code to standardize permitted restaurant-type uses between each of its two major commercial zoning districts.

Despite the postponement of the election, Bagdasarian said he and his wife were confident that Issue 19 would pass.

“I think Solon is a community that supports people with disabilities and special needs,” he said. “You’ve got the Blue Ribbon (Adapted Recreational) Program and the wonderful school system.

“We give credit to Solon for being forward thinking. We hope this will be a model that other communities will follow.”

The Bagdasarians’ children — Julie, 28, and Alex, 26 — have participated in the Blue Ribbon Program, which serves more than 300 individuals with disabilities at the Solon Community Center. Both Julie and Alex have Fragile X syndrome, a genetic condition that causes a range of developmental issues, including learning disabilities and cognitive impairment.

With the needs of their children in mind, the Bagdasarians — Solon residents since 1997 — founded Solon Community Living as a nonprofit to create a safe and community-accessible neighborhood for those who have disabilities.

“I’m thrilled for the community,” Solon Mayor Ed Kraus said in reaction to the passage of Issue 19. “When communities vote like this, it speaks to their value system.

“It became very clear through the process that taking care of the most vulnerable adults who have disabilities and significant life challenges was important to our community.”

Bagsadarian said he and Leslie put out more than 400 yard signs across the city to promote the issue.

“We did our best to present it and answer people’s questions, but ultimately the residents were more than willing to support us,” he said.

Bagdasarian said in addition to their reaching out and communicating with residents, having the support of City Council, the Planning Commission and the mayor were all important factors.

“We also give credit to (Planning Director) Rob Frankland for creating the zoning,” Bagdasarian said. “He crafted it to fit into a pattern that was consistent with the charter and the city’s long-term plan.”

Bagdasarian said he was not overly concerned about the possibility of a lower voter turnout than usual due to the vote-by-mail election. Unofficially, only 4,854 (28.3 percent) of the city’s 17,122 registered voters cast ballots for the issue.

“There’s no playbook for what we went through, but I was confident that those who voted were going to support it,” he said.

“Now we are looking forward to working with the city to acquire the site that we need to advance the project.”

Bagdasarian said Solon Community Living needs to determine the footprint of its project and work with the city to figure out how much of the newly zoned land it needs to acquire and the process for acquiring it.

The R-3-C zoning will be implemented on 8.84 acres of city-owned land at Aurora Road and Portz Parkway. Bagdasarian said he expects Solon Community Living will want to purchase four to five acres of that land for the development.

“We’ll be coordinating our project with that road they are working on,” Bagdasarian said. “That will determine the southern border of our project.”

Bagdasarian said he doesn’t expect construction on the $3 million project to begin before next year, “based on the delays we have experienced.”

“The (coronavirus) pandemic does change the timeline,” he said. “We have to meet with the city and meet face to face with families (to secure commitments for places in the development), and that will slow things down a little bit, but you can only deal with things in your control.

“There’s a sense of relief and optimism that we’ll be able to create a unique opportunity for our kids and others who have disabilities, and families who have loved ones with disabilities.”

Kraus confirmed that “there’s a lot of work to be done before a shovel gets in the ground.”

“It’s a big undertaking, but they know they have the support of the community,” he said.

“We had antiquated zoning restrictions at some of the shopping plazas that didn’t allow restaurants,” Kraus said. “It was 20th-century zoning, but we are now in the 21st century, and we have to become a modern, progressive community.”

The amendment adds fast-food restaurants as a permitted use within the C-2 district, which covers the Uptown Solon Shopping Center and its vicinity on Kruse Drive.

It also adds sit-down, casual and fast-food restaurants as permitted uses within the C-6 district, which currently allows no restaurant uses. This district covers the area of Aldi, Hobby Lobby and Marc’s on SOM Center Road and the west side of Solon Road, between Bainbridge and Aurora roads.

“Clearly, the public would like more restaurants,” Kraus said. “That was loud and clear in the vote.

“Now the opportunities are there for developers and restaurants once we get out of the (coronavirus) pandemic.”

All funds from Issue 30 will go to Orange Community Education and Recreation programming and facilities. The department has operated on the same 0.95-mill renewable levy funding, with no increases, since 1995.

The levy is designed to provide about 25 percent of the funds needed to operate OCER, according to Director Jill Korsok. The remaining 75 percent is derived from the fees participants pay to take classes, along with grants and donations.

The levy was first passed in 1975 and has been renewed every five years since then.